One of the key ingredients in successfully setting up live escape games is testing the rooms before they are released to the general public. There are several reasons for this:

To assess the difficulty of the room, ie is it too easy or too hard? Are there specific clues/puzzles/solutions that require tweaking, in either the puzzle or the solution? Is the room too tough for just 2/3 players and too simple for 5/6 players? Does the game flow well, and are the clues logical/lateral? Do the gadgets/props/puzzles all actually work? ( or in fact, do the doors!!). Are the game operators able to judge how well or poorly teams are doing and able to alter the game to suit ( if possible)? And can the game operators put the room back together ready for the next group? ( especially with a group like ourselves who tend to destroy!) Are there different ways to reach the end game and are they all actually achievable? Is the game enjoyable? Can the game testers come up with ideas to help improve it?

As a group, we have been fortunate enough ( at the time of writing), to be involved in helping to test 2 rooms. One was in the brand new, the Escape Room in Manchester, with the second being the newest offering from our good friends at Breakout Manchester.

I’d sent an email to the Escape Room wishing them well for their opening and seeing if they required any games testers before their opening. Malcolm Leow, who had come over from their Far East holdings         ( Thailand/Malaysia/India to name a few) to help oversee the building of the rooms, the set up and the staff training, personally replied to my email, and over the course of the following month, we arranged that they would allow us to play one of their tougher rooms, the Secret Lab. This was to help them with staff training, as well as to assess the actual difficulty of the room with experienced games players. The room itself had already been played, but not by anyone as experienced as we were.

Now, we’re not going to actually review rooms we test like we do with a normal game, as that is not fair in any sense. I will say this however. We were actually greeted by Malcolm on arrival, given a specific game host who deals with every facet of your visit. They had a cloakroom available, as well as a private bar if required. The whole place ( with 5 rooms), was enormous, well staffed and in the middle of a soft opening, ie were heavily involved in staff training before their grand opening. 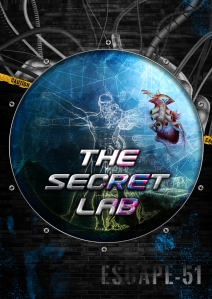 The Secret Lab was very well designed, the rooms are definitely purpose built, and you can definitely tell they are an international company with a bigger budget! In terms of the actual game, with just 3 of us, we were bluntly awful. We can’t say much about the room as we basically solved just 2 clues, and we needed significant help with them both. The puzzles were definitely very tough, but we missed obvious things to make them easier. Escape Room have a slightly different set up than the other rooms we have played, and have a different way of giving assistance, namely by ringing a bell… which you get just once per game! It does bring tactics in to play, and does make you spend longer on a puzzle if you get stuck.

Despite our dismal failure, Malcolm showed us the rest of the room, as well as sneak peeks of other rooms, which all looked absolutely stunning ( and in one case in particular smelled it as well!). We were still able to give some quality feedback, and we honestly can’t wait to head back, as we’ve still 4 rooms to play there!

Escape rooms generally are similar to the above picture. There’s a few ways to go to get to the end, even though generally teams will go the same way. The difference we saw with the Escape Room is that there was one puzzle, which must be solved before moving onwards. This may be just in this room, we actually don’t know. We will find out however!!

The second game test we did was with Breakout Manchester, and their brand new room(s), Classified. Partially due to the endless emails Julie sent them, plus providing them with a fully ready to go room plan, and I believe we were the first group to play all their other games ( Infiltrate report still to come), as a thank you, they allowed us to be the very first to test this room, ie. even before their own staff had played it. This was at the other end of the spectrum as a test, as in, still wires not squared away etc, but still perfectly safe for us to play.

The classified room see’s players sitting their final entrance exam to become a secret agent. You must escape from the room to pass the exam. This is Breakout’s most explosive and technologically advanced room yet! For the first time ever at Breakout Manchester you can race against friends in an identical game room. You can prove once and for all who is the best at breaking out! If you wish to do this please book two sessions on the website that start at the same time. You do not have to have a team to race against, this game can be played as a stand alone game. 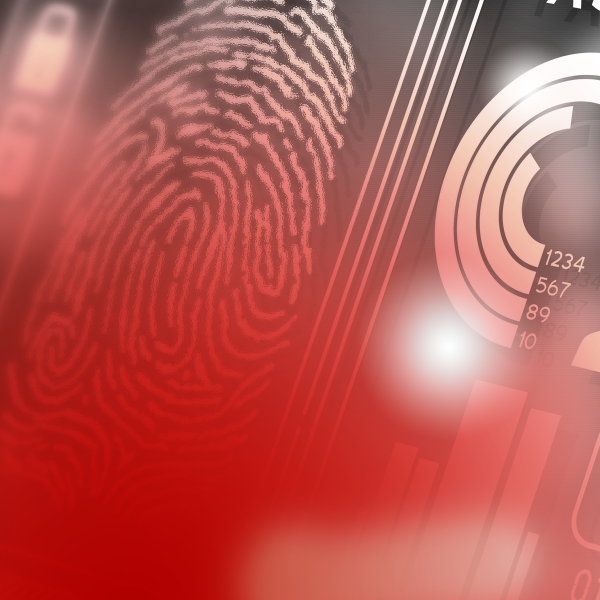 As you can see from the above, Classified is a tad different. There’s no CLEAR ending, ie. no door to get out of, so until you actually get to the end, you don’t actually know how you’re getting on, which all adds to the stress, the drama and the fun! The technologically advanced gadgets are actually magnificent and extremely well thought out, and we even used some of it to help solve puzzles they weren’t designed for! Also, being able to race another team in an identical room is a fantastic innovation, and has been getting rave reviews! We did manage to complete the mission with approx 30 seconds remaining, which was awesome! Afterwards, we stayed with the team for approx 1/2 hour, reviewing the clues and puzzles and giving constructive feedback etc, which we are happy to do all the time! We adore escape rooms and can talk about them endlessly!!

Testing rooms are great fun, but are definitely not the same as playing the finished article. It’s about spending quality time going over puzzles and clues, and providing clear, concise and constructive feedback, all to help the game hosts and makers enhance their knowledge ahead of the opening of the room, to help provide the best possible experience for all teams and players that follows.

We’ve done 2 tests now, and we’ve thoroughly enjoyed them both. Luckily, as a group we are fairly analytical anyway, and with the tendencies that we have, it makes testing games a natural occurrence for us. So, if escape rooms would like assistance in this area, we are more than happy to help!