At the beginning of December, I received a follow on Twitter, and then a very interesting message from the team at Extremescape, who are based in Disley ( just south of Stockport, near to Manchester). They had been open a while, but had not had any customers who had played escape games before ( although they’d had plenty of customers, they’d all been first timers), and they wanted to know how their room measured up to teams who had played before. We were obviously extremely willing to help out, and quickly arranged playing on the 12th December ( quickest review ever!!)

With work being so hectic, we barely had time to put a team together, let alone have a look at the website www.extremescape.co.uk to find out a bit more about the game! We also ended up with a new team. Joobs was unable to play for the first time ever, so joining myself and Adam was a flatmate of Adams,  Ellen Rose, who was a first timer to these games. Hopefully a fresh perspective would pay off!!

Extremescape is slightly unique, in that it can cater from between 2-8 players and is also a 90 minute game. Their first room is called the Pirate Ship, from the website: 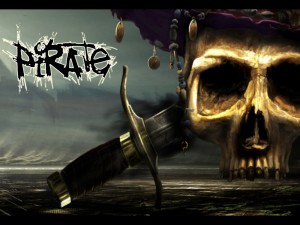 This exciting escape game calls treasure hunters for a pirate adventure second to none.

A long time ago on the Carribean seas sailed the Spanish Galleon, Castoria.
Captained by Zak Barrow and crewed by a gang of murderers & merciless cutthroats.
Plundering ships of all kinds along India’s Malabar coast, Barrow was a Pirate,
one of the most infamous Pirates of all time.

Barrow’s ship Castoria battled with the India Merchant, a huge treasure ship of 350 tons.
In rough seas, the merchant vessel fired but due to a sudden ocean swell, the shot missed its mark.
The pirates threw their grappling hooks, bringing the two ships together.
And rapidly boarded the ship, soon Captain Barrow was in the possession of one of the greatest pirate treasures ever.

The ship disappeared in 1722 and was not seen again until now!

So me hearties, all hands on deck,
find the clues, solve the riddles, find the treasure,
Then dare to escape, you have 90 minutes
but fail, and remember – dead men tell no tails

Are you ready to meet Zak Barrow, find the treasure and escape the Pirate Ship?

So we headed off to find the place. Met up with the others at Disley train station, and it was only a couple of minutes drive from there, located, handily, next door to Disley Golf Club. They have started putting some very obvious signs up to help find it even easier! We arrived at what was clearly a farmhouse, extremely early in absolutely awful conditions ( the start of the winter storms), and we were quickly taken inside to a very warm and dry meeting area, and met the 2 who run the game, Jess and Graham. Both are highly enthusiastic and are clearly serious about what they do. On arrival, there are lockers/a cloakroom available, free soft drinks and uniquely, even during the game, access to these drinks and a toilet without receiving any penalties!

After the usual health and safety briefing, we were then given a “game” briefing, before the door automatically opened! Another unique part to the game. Instantly on entering the room, you can see that they’ve clearly given the style and theme of the room lots of thought,  and even though there are the usual screens to receive hints, you have to find gold coins and feed them to a parrot in order to gain them. This is where Jess and Graham have thought about things, and do not put the same amount of coins in every time ( ie a team of 2 would probably get more than a team of 8). There’s also a talking parrot who can, at any time, give additional hints.

As with most of the newer rooms we’ve played, the puzzles and clues are relevant to the storyline, but the addition here, the gadgets in this particular room are exceptional, and fit perfectly. When you use one of these gadgets, you feel it adds to the experience and the room, and that you’ve actually achieved something when you use it!

The room is also designed not to be linear, so there’s always something to actually do when you get stuck, and believe me, you will! You’ll need your thinking hats!! Ellen Rose definitely helped see the bigger picture where myself and Adam got completely stuck, and solved some damn hard puzzles by herself.

The way the game progresses onwards to the latter stages is as well thought out as we’ve seen, I just hope that people make it to that part as it’s so much fun!!

We did manage to successfully escape, not in a particularly great time, but an escape is an escape. Within a couple of minutes of the standard photo, we received a printed version, which is a very nice touch! 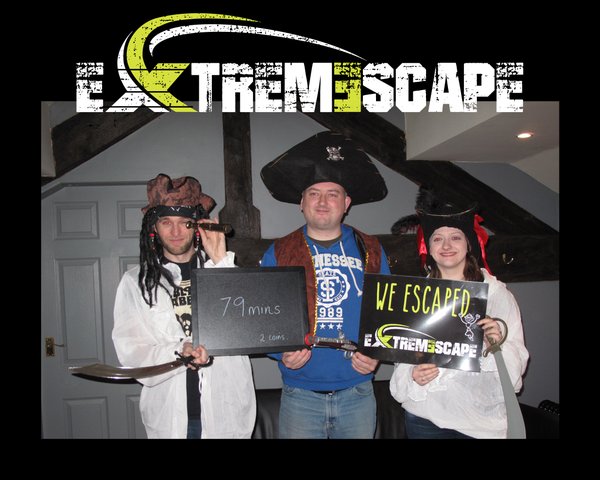 You can really tell Jess and Graham have put time, effort and money into the room, and they have taken that forward with their enthusiasm which adds into the experience. I will just say this, just go. It’s damn good fun, a good escape room experience and with their plans for their next room well on the way, a great place to visit!